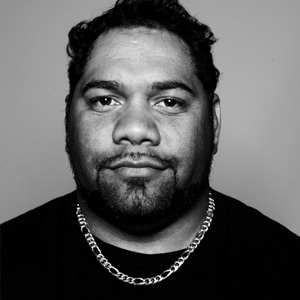 Nathan Mundraby is a descendant of Jabulum Mandingalbay Clan - Yidinji Rainforest People and Lama Lama Tribe - Thaypan Country (Weipa South). He is also recognised and allowed to claim ownership to the Djirrbal Tribe - Ravenshoe/Upper Tully. Nathan is a 7th generation descendant of a proud Mandingalbay woman and Tablelands Yidinji/Djirrbal man. Nathan has the Djirrbal Indigenous given name of Midin (possum) given by his father’s mother - Dowiti Yarrakali. His Yidinji tribal name is Yabulam (black cane). He was named after a great tribal elder of generations past. Nathan was taught by his grandparents, parents and Aboriginal Elders of the ways of his ‘people’ through stories, dancing and art. 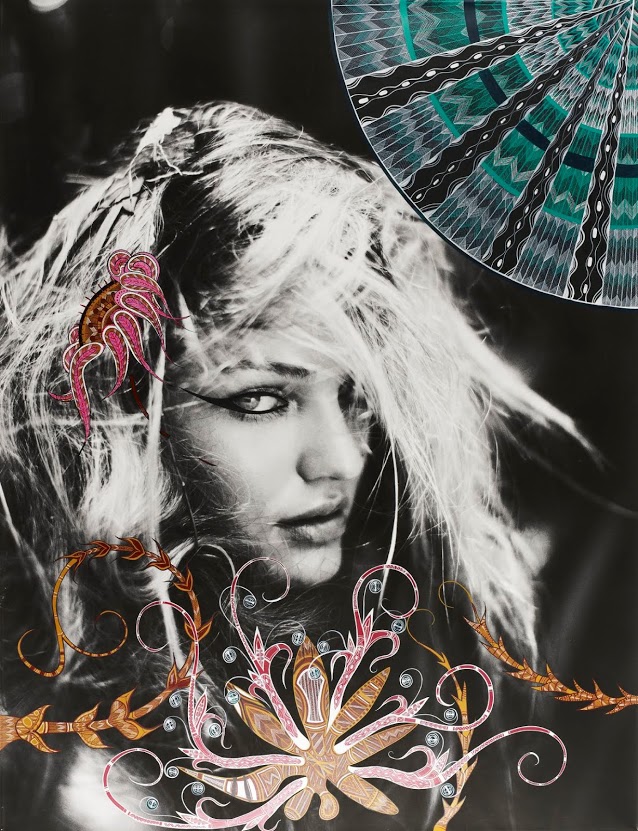 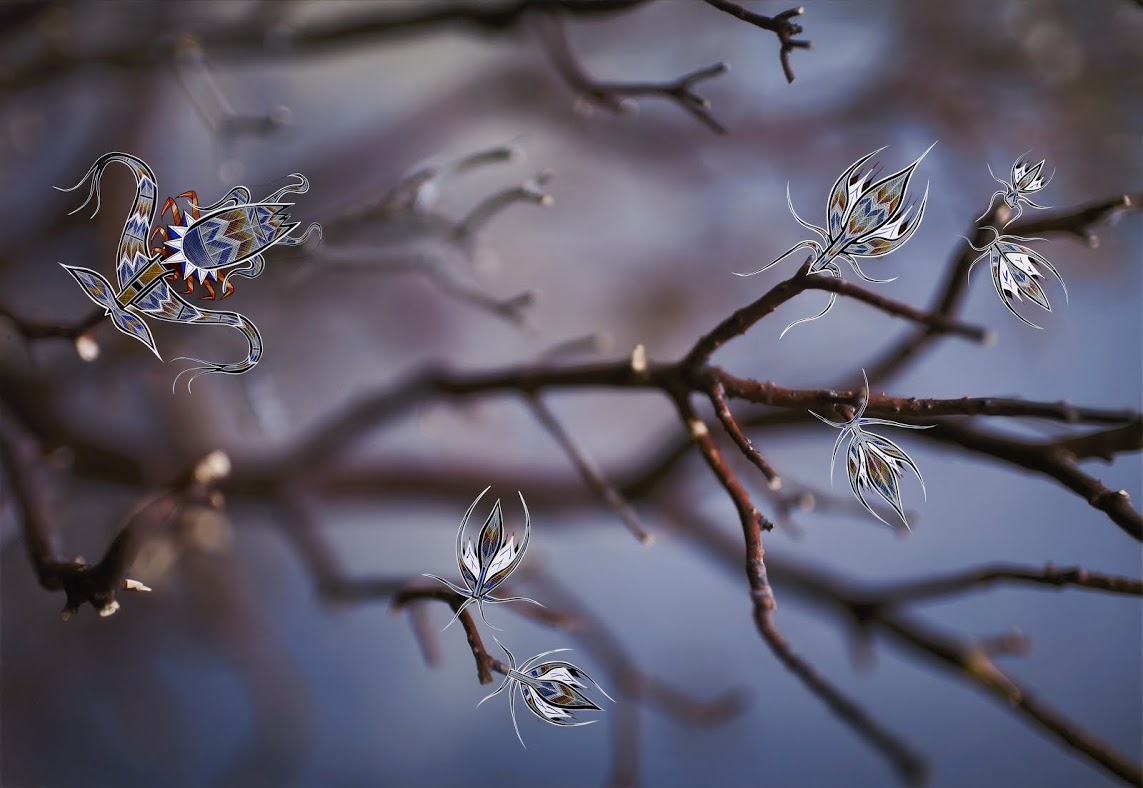 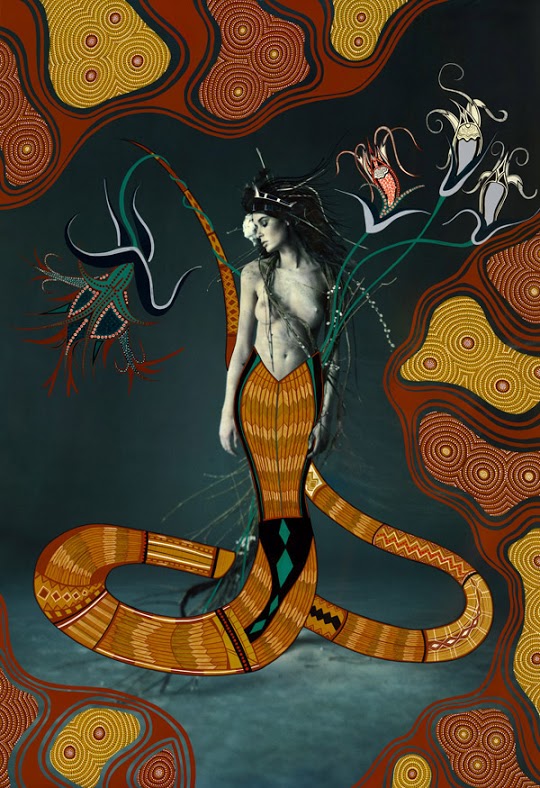 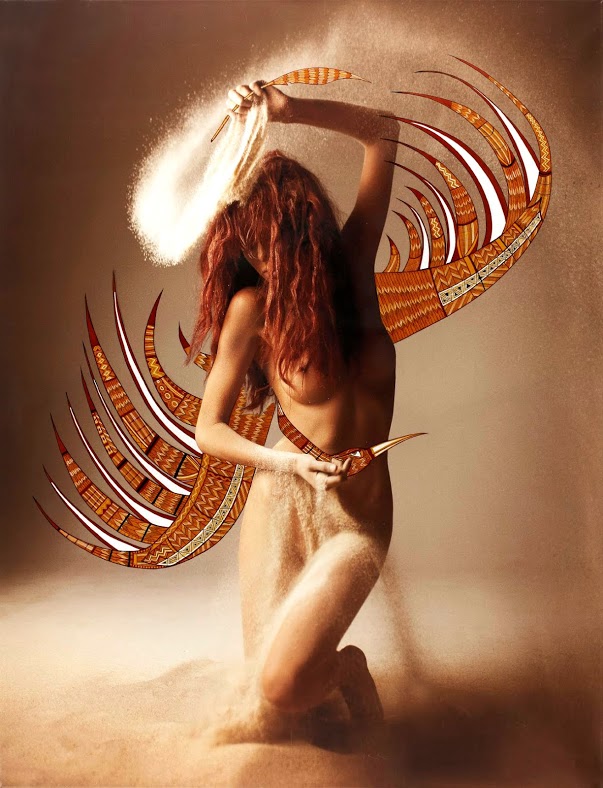 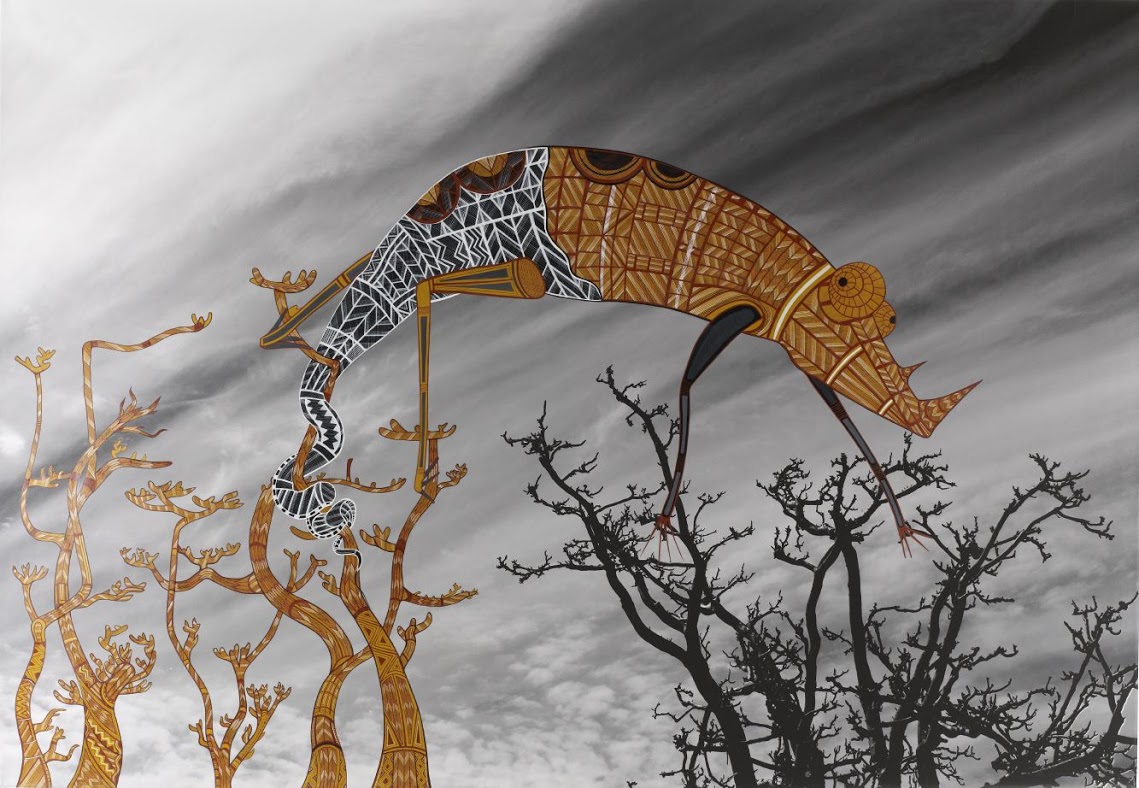 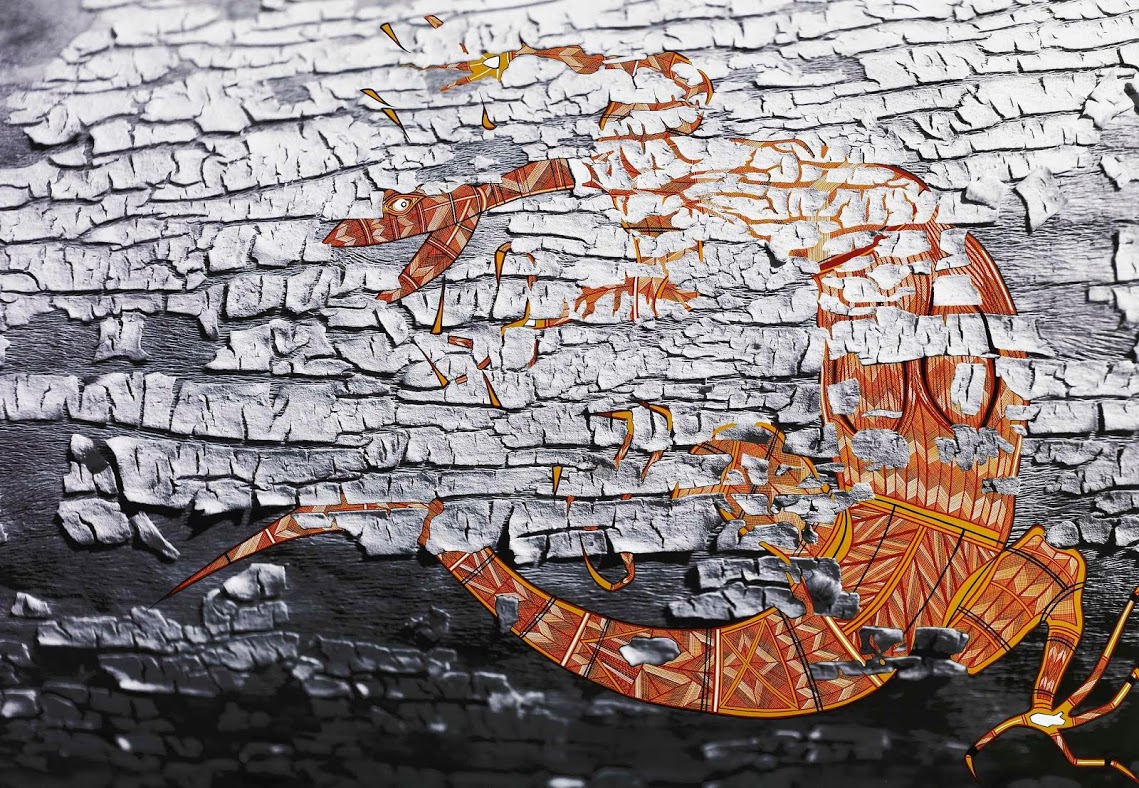 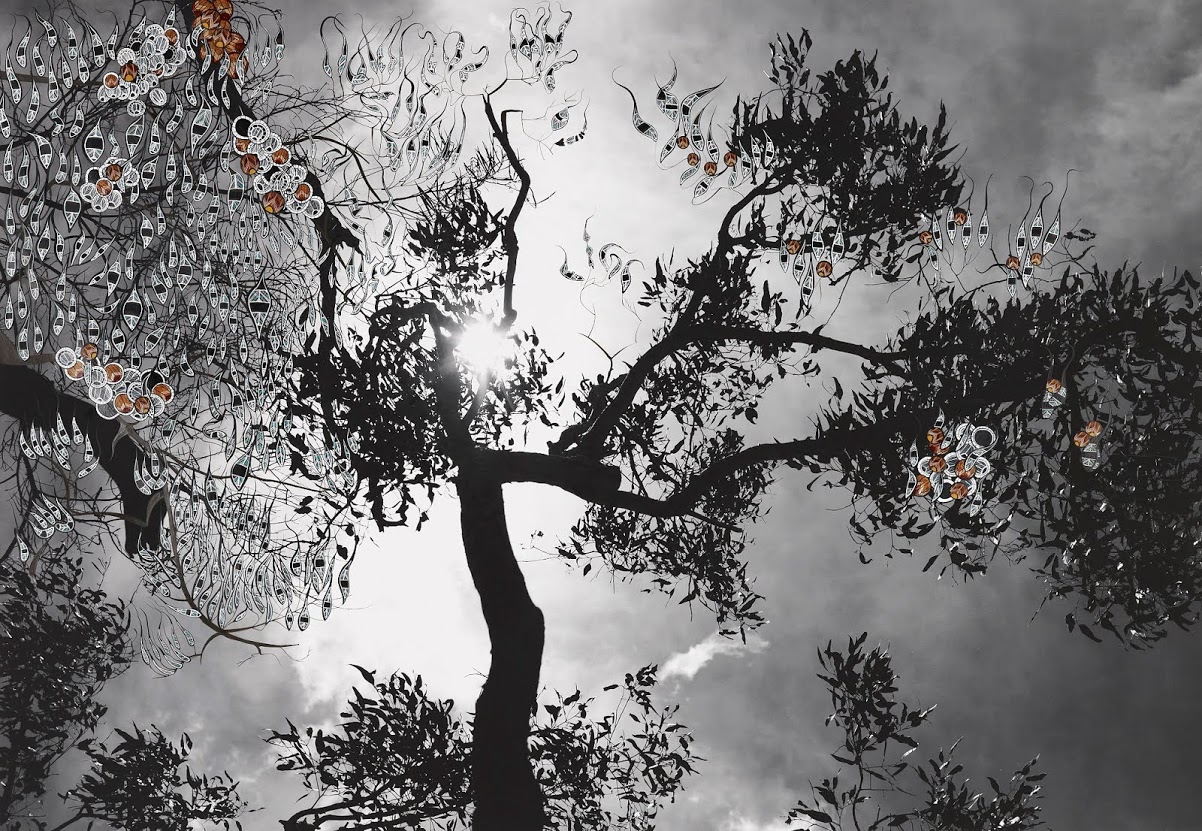 The rainforest moves continuously, never ceasing, growing. Stop too long and the leaves will approach from above, the vines will climb from the ground and the flowers will grow in your hair blending you into its environment.

The harsh Australian landscape was occupied by Indigenous peoples for thousands of years before new people came and changed the way we lived. The new people had different ways which evolved rapidly into the modern world of today. The landscape was changed forever and adjusting to this world has not been easy. Some of the modern landscape is more helpful, more positive, to Indigenous culture than other parts. Hugh has shown through his inclusion of Indigenous story and song in his theatre productions and his continued support of positive projects such as Nomad Two Worlds that he can see which part of the landscape he wishes to inhabit, and as such the goanna is very careful not to cover his eyes so he can always see the right path. With a resting tail and one claw still firmly attached to the land of which we are one, the goanna and all his people continue to climb forward over a landscape of reconciliation and understanding. The goanna is grateful to those that understand that this landscape can still be very harsh and have assisted him on his way.

This purple flower was used for many ailments including fever, open wounds and stings. Ground to a paste it can be consumed or spread onto the wound.

Lured by the song of the serpent, the beautiful woman feasted on the magical flowers and found herself a queen.
Now she waits to meet her king for the first time.

The male Brolga performs in unison with his female. They flow as one and shall remain partners for as long as she retains a feather from his wing and cradles his head gently in her loving palm.

4’10” x 7’ archival inkjet on canvas with acrylic and ochre applications.

A storm is gathering on the horizon, the chameleon races for shelter. Confused by the thunder it fails to camouflage itself as it moves to new surroundings. It is vulnerable and without shelter.

The hungry Goanna camouflages itself, hiding from local hunters and waiting patiently for unsuspecting prey to wander close.

4’10” x 7’ archival inkjet on canvas with acrylic and ochre applications.

As a young child growing up in Yarrabah North Queensland we climbed trees picking the nuts making whistles out of them, calling out to each other like birds.