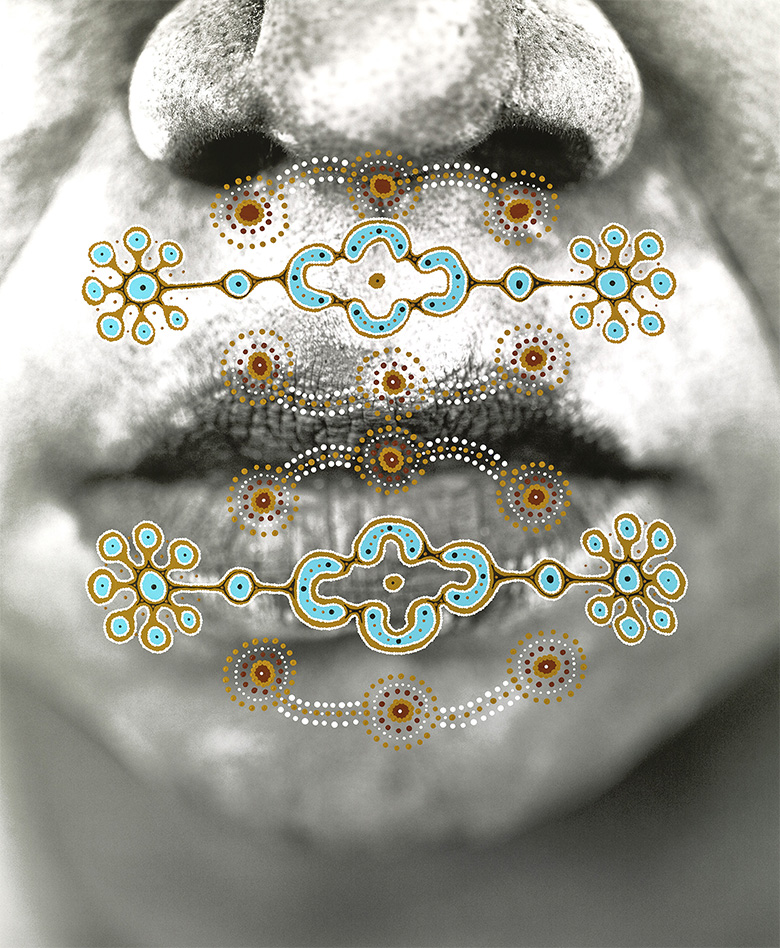 Also an extraordinary vocalist and performing artist, Bieundurry has recently completed a 10-week engagement performing on Broadway with Hugh Jackman, with his artworks featuring prominently in the show.

He now presents his solo works for the first time in Perth, Western Australia, where he will be sharing his cultural stories and symbolic messages of humanity through his unique blend of artistry and performance. Clifton's works seek to bridge the cultural divide by explaining intricate details of his Walmajarri culture, as well as sharing stories from his own childhood in the Great Sandy Desert. "I paint to share my culture with all people….it is important that we can all gain an understanding of our diversity and differences so we can accept and learn from each other."

The result of these collaborations is the Nomad Two Worlds art collection, which has been previewed in New York, Los Angeles, Berlin and Melbourne. These artworks blend James’ contemporary photography with ancient forms of art. Russell’s stunning photography has so far been embellished by Indigenous Australian, Native American and Haitian artists, and tells an evocative story of innocence (past), inhibition (present) and discovery (future). The Nomad Two Worlds concept has been heralded as an example of reconciliation through artistic expression and has become an international sensation, with support and backing from a range of international business leaders including Richard Branson and Donna Karan and other well-known artists, including the Black Eyed Peas.