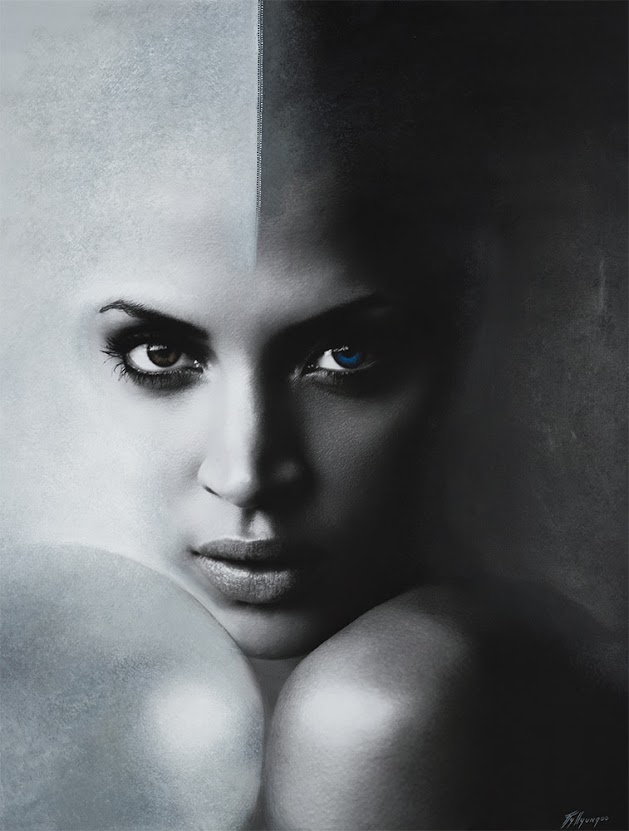 James' photograph of his imagined character 'Innocence' represents the near death of the planet's oldest surviving culture, collectively known as Australian Indigenous culture. The impact of modern civilization in the near extinction of this culture is now part of the Australian collective conscience and the motivation for reconciliation.

Bieundurry's collaborative art represent the spirit/soul or pirlirr, the introduction to the human shell in which it has chosen to dwell and ready for the conflicts it is to face from the choice. Pirlirr travel the earth in search of an appropriate form, human and non-human.

The combined art piece represents the end of innocence and the willingness of the indigenous culture to accept the new world in its stride.